Evangelizing an emergent God of the complex 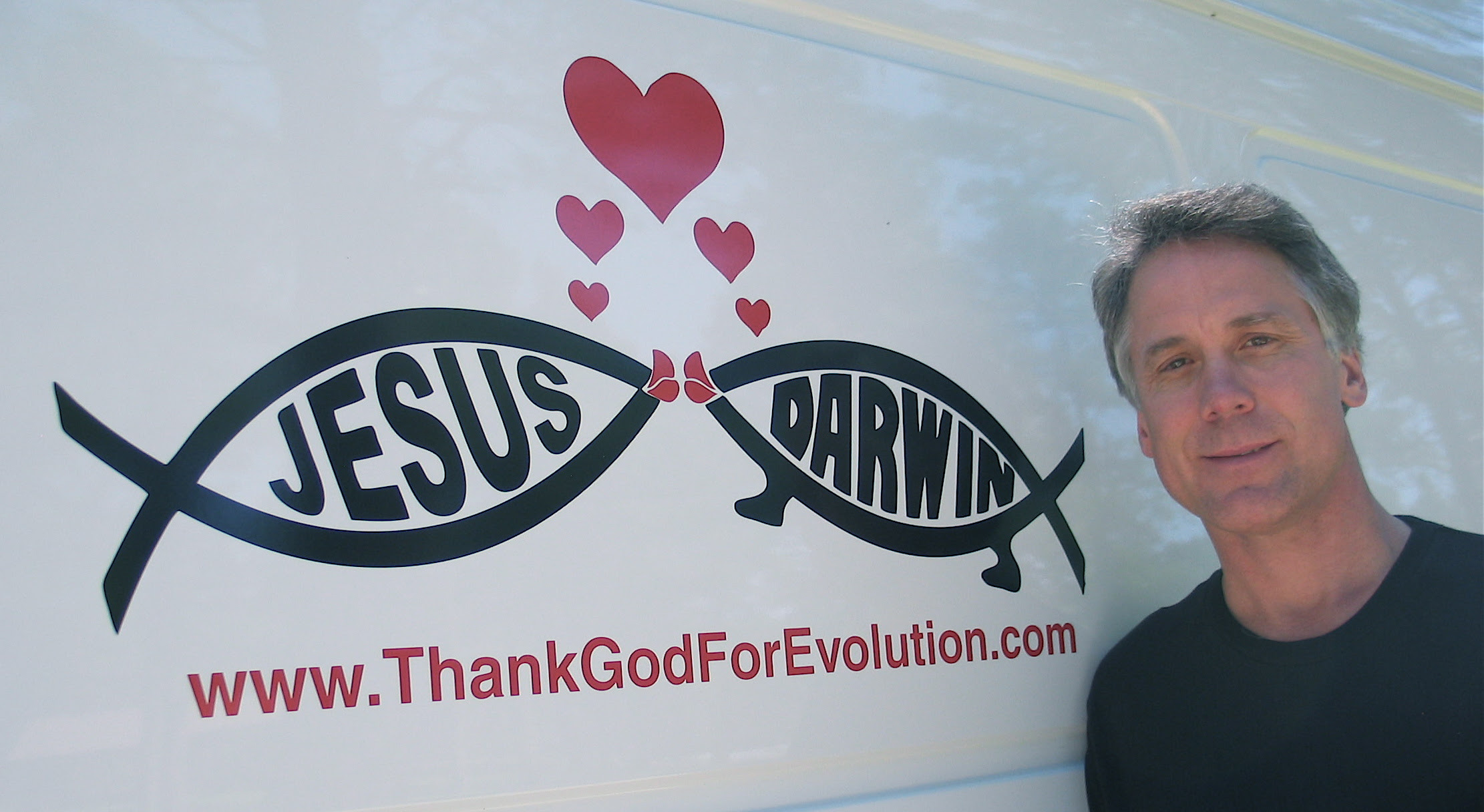 I just downloaded quite a few podcasts from Point of Inquiry. I must have been lucky, because Michael Dowd was on the first program. The other 3 or 4 I have listened to haven't been nearly as understanding about their flip positions in the religion / science interface. I did, however, think Dowd captured a nice middle ground.

Dowd's views are solidly naturalistic and evidentiary. He uses religious language (night language), from what I can gather, because its tendrils capture the richness and interconnectedness of morally spandreled ideas. His positions are thoroughly atheistic. This sits him well in the science camp. He can use traditional religious language and yet agree with everything an atheist proposes. In this sense he is very captivating. It gives the fundamentalist minded science camp an opportunity to see the efficiency of the language, and in some ways the rallying power of morally embodied groups.

One thing I like about his interview is that he doesn't just give in to non-overlapping magisteria. To me this has always seemed like a cop out. At the very minimum there are significant evolutionary tendencies towards religion, quasi-religions or supernatural religions. These tendencies have real effects and probably aren't well described with non-mythical, hard scientific language. Certainly our language norms could change, but from what I heard Dowd arguing, it is unlikely that mythic, symbolic and sacred language are going anywhere. We can change the words used, but over time, these will develop similar connotations.

The thing that made me perk up was Dowd's position as an evangelizer for Kauffman's position. One of the things I was wondering about was how effective Kauffman's God of creative complex emergence would sell. After all, the growth of new religious movements is based on much more than a good idea. It is interesting to see a camp developing around an emergent God of the complex.

The point of inquiry podcast of Michael Dowd
Posted by chris goble at 6:12 PM

In the science religion debates I think Michael Dowd's position is one of several possible bridges. When coming at things from the science side of the fence, I think, at the least one must understand

1. the efficiency of religious language

2. the value of spandreled, fuzzy, hard to articulate, morally grown ideas and imagery

3. the motivational and organizational power of religious resonance


I tend to think Mormonism has quite an interesting, and I think successful tension between naturalistic and supernatural religion. The book of mormon is a stake that nudges things quite a bit differently than the bible. Certainly both can play similar roles (and Mormons do believe in both). However, Mormon theology's naturalistic leanings nicely counterbalance some fundamental potentials.

I think there is much more wiggle room in the science/religion overlap than people are willing to admit. I suspect in practice, it is just very hard to balance both sides without becoming strident.

Newer Post Older Post Home
Subscribe to: Post Comments (Atom)
"Intelligence is the great object of our holy religion, [and intelligence] is the result of eduction, and education can only be obtained by living in compact society"